Playing games is quite an expensive hobby to keep up. The prices for a newly released game is often 60 bucks these days. If you want to make sure that you also get all the DLC you often end up buying a season pass or premium edition for another 60 bucks as well. Some gamers choose to wait for a decent discount. The problem is that with multiplayer games you don’t always know how the multiplayer population will be after a year.

There could all sorts reasons why a multiplayer game can die out. It could be due not enough retention value; newer game got released in its franchise; bad performance and maintenance or no more new content. Another death sentence can be the lack of community-driven servers. Once the developers decide to pull the plug there will be no more official servers to play on.

So, if you come across a relatively old multiplayer game the first question that could pop into your head is: is this game dead?  It depends on what kind of game you are going for. 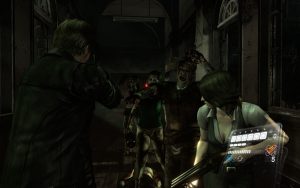 For example, I recently finished Resident Evil 6. Originally this game was meant as a Co-op game. You can be invaded by others who will hunt you down as monsters and at some points you’re supposed to meet other players who are also playing the campaign. In most cases, I never got joined by someone so I ended up playing most the story with bots.  In games like these it doesn’t matter. Its story driven and you don’t have to depend on your teammates that much. Considering you don’t need a lot of people to get a game going it means you can also just invite a friend to help you through the game. Other games that have the same issues are Splinter Cell Blacklist or Assassin’s creed Unity.

It’s another case in games like Loadout. ‘It had quite a following 2 years ago,’ Said TomReeves. ‘but now there is literally 3 people online’. Other cases of these short-lived successes are Brink, the first Titan Fall or Lead and Gold. There are reasons such as steep learning curves, rushed launches or just the lack of proper new content updates that could break a game’s success.  These games depend on players as they often don’t have a proper single player experience. So once the player base is dwindling you’re going to end up with a dead game. 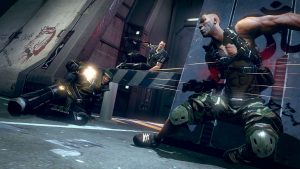 Some games can fall into the dead category but be revived again. Cases like The Ship, originally developed by Outer Light, got revived when Blazing Griffin purchased its right. They did this by giving away gift copies to everyone that owned the game. This gave the game a small boost of popularity.  Natural Selection 2 had a rough start and lost a significant number of players because of the poor performance issues at launch. Luckily due new free content updates and fixes they kept the player base at a steady rate. Another game such as Quake 3 had a quite following but got a new surge of new players thanks to Quake Live. Another way to look at revival is by making games Free to Play. Though this does not always work out well for games. 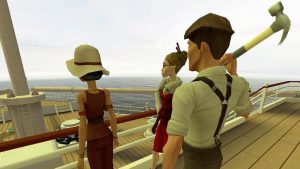 Overall there is a variety of reasons why games fall and come back again. Co-op games can be continued to be enjoyed on your own or with friends, but more multiplayer-orientated games often need a bigger push. Whether it’s from the side of the developer or the communities that have chosen to play it. The ones that had a chance to experience them will be able to cherish those moments forever while the more patient gamers sadly will only know it through gameplay videos or the memoirs of gamers on the internet. What fond memories do you have of a multiplayer game that has now faded out of existence?